South African is renowned for its subtropical climate that guarantees over 2,500 hours of sunshine every year. Indeed, it is the go-to place for any Europeans looking for some much-needed winter sun. It has to be said, even the ones who end up going during South Africa’s winter to places like Durban in KwaZulu Natal will battle to tell that it is the country’s supposedly coldest season. The laid back city on South Africa’s east coast enjoys such warm and dry winters that the locals use the Indian Ocean as if it were summer.

It’s for these reasons that KwaZulu Natal is considered South Africa’s playground. Tourism makes up a large percentage of the province’s GDP and when you consider that it borders three other countries, Lesotho, Swaziland, and Mozambique, you understand the appeal it has to international visitors who are keen on spreading their wings over the course of a holiday.

But for those international guests who find a humid climate all a bit much and would rather the sun without the unrelenting heat, then there is still a place for you in the province that they call the Kingdom of the Zulu. Indeed, nestled 90 minutes from Durban is the small town of Nottingham Road which sits over 4,500 feet above sea level.

This quaint town is often referred to as a slice of the English countryside with a South African flavor. In many ways, Nottingham Road is reminiscent of old-world England but it is still authentically South African which gives it a feel like no other place in the country. Another stand-out feature is the changing of the seasons which is so evident. This is not always a common trait for cities or towns in the rainbow nation.

The summer brings with it much needed warmth whilst the winter will deliver snow and frost, spring sees the green return to a province famous for its bright shades of the color, but perhaps the most breathtaking season is the autumn. The gold and russet trees that line the small rural roads will make you stop your hired car and get out so you can admire them.

Despite being situated in the countryside and far from any cities, Nottingham Road is full of world-class attractions. Scattered amongst its rolling green hills you will find some of the finest culinary decisions that South Africa has to offer as well as some of the best golf courses in the whole of Africa.

Gowrie Farm Golf Course sits on the outskirts of the town and is ranked as the 4th best nine-hole course in the world, as well as being listed as the 20th most fun course in South Africa to play. Tellingly, most of the professional golfers in South Africa scheduled in a round at this fabled course during the year. Indeed, golfers like Christiaan Bezuidenhout who has just won back-to-back on the European Tour and is listed at 80/1 in golf betting to be crowned the 2021 Open Champion, will often be seen at this little course that boasts so much charm and beauty.

It’s not just the best South African golfers that make a beeline for Nottingham Road. In fact, if it’s the who’s who of South Africa’s social scene that you are looking for then book a trip to Nottingham Road because this small town is the desired holiday destination for the well-to-do of the rainbow nation.

International guests will also benefit from a generous exchange rate with a beer or glass of wine not costing too much more than £1. So it’s a world-class holiday that you’re after that won’t cost you much at all, then get on a plane to South Africa and then make your way up the famous old roads that lead way to Nottingham Road. 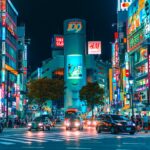 A complete guide to food and groceries at Edo-Koji, Haneda Airport, Japan

Airports are the face of a country, and Haneda Airport in Tokyo, Japan, has been named the “world’s cleanest” airport. Haneda Airport is not only clean, but it is also worth spending half a day as a tourist attraction! Follow […]