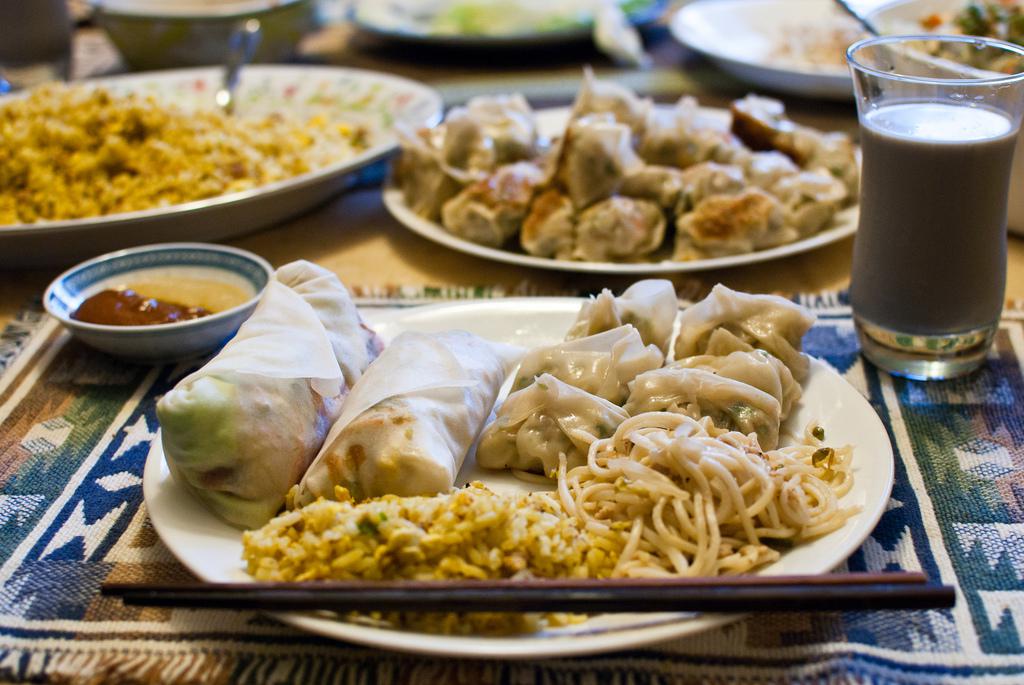 Exploring places wouldn’t be complete without trying their delicacies, and these 8 dishes should be on your “must-try” list:

This pastry is served in Croatia. They look like donuts and are usually flavored with rum or brandy. They are light and crunchy on the outside, and soft on the inside. They are often during Carnival season, lent, and most especially Christmas.

It is a Portuguese egg tart pastry, offered in countries like Brazil, Angola, Cape Verde, Macau and many more. They are crispy and flaky on the outside, while the sweet custard filling just melts on your mouth. It originated way back 18th century. Convents and monasteries used too many eggs and decided to make use of the leftover egg yolks thus resulting to the creation of these yummy treats.

This rice, meat and vegetable mix originated from Korea. Bibimbap is served as a bowl of white rice topped with fried egg, meat, sautéed vegetables, and seasonings. Dated back Joseon Period around 16th century, this dish was served during the eve of lunar New Year. People decided to mix all the leftover food in one bowl. Now, it is served even on airlines connecting to South Korea.

This savory baked pastry came from Bolivia. They are juicier versions of Argentinian empanadas filled with beef or chicken, vegetables, spices, eggs and then they are placed in the oven to bake. They originated during the 19th century and was first created by Juana Manuela Gorriti which they sold to make a living. Lots of people said that it is really hard to eat this yummy treat without staining your shirt because of the savory juice that drips out of it.

It is a waffle consisting of a thin-layer of caramel-like syrup sandwiched between two wafers. Its place of origin is Netherlands. These delicious cookies are often served on top of hot coffee, chocolate, or tea. They are served this way so that the steam would soften the wafers and melts the syrup making it gooey and warm.

These are delicious ravioli-like dumplings from Turkey. The main ingredient is spiced lam or beef wrapped in dough. You can either boil them or steam them. The name came from the Chinese word ‘Mantou’. Nowadays it is often served in Central Asian countries however the sze and shape vary depending on the geographical location.

This is a unique cake found in Central European countries. In Prague they are shaped like funnels, filled with fruit, chocolate, or ice cream. It is then baked on a spit over a covered flame. However in some countries, it is made from rolled dough wrapped in a stick, and then grilled. It is then topped with sugar and walnut mix.

These delicious and healthy spring rolls came from Vietnam. It’s made from lean meat, vegetables, and fresh shrimp, wrapped in rice paper or what the locals call bánh tráng. In some places these spring rolls are served fried, however, others serve it fresh. It tastes so good that it’s listed as World’s 50 Most Delicious Foods compiled by CNN Go in 2011.

I know that these mouth-watering dishes made your stomach grumble, so what are you waiting for? Hop on to the next plane and enjoy your exotic dish.